Francios Peron National Park- this is a large peninsula next to Monkey Mia and has a huge marine sanctuary surrounding the area. It was interesting on the way into the National Park they have BIG signs stating that it is 4×4 drive track and you need the appropriate vehicle and you need to let your tyres down to travel on the sandy tracks to avoid getting bogged. But just after we saw this sign we saw…a caravan and car bogged to its axels and they had their tyres at 30psi.

The first vehicle and trailer that was bogged.

Road out to the point of Francios Peron

Mud flats next to the road out to the cape.

Andew and Aaron helped them let down their tyres and off they went.

The crazy flies at Francios Peron

Lunch on the cape…under our fly net.

We met some fishermen who said that this time last year they had a fishing weekend here and there weren’t any flies. Everyone said it was just due to the cyclone and large amounts of inland rain.

on the board walk looking for sealife.

Aaron at the cape point.

We were lucky enough to be a a viewing platform when a local indigenous tour guide named ‘Cape’ arrived and we were able to tag along with his clients and learn more about the area, and he located an Osprey flying and a dolphin, some snapper and a ray in the water. He gave us a recommendation for camping on the cape. We thanked him for letting us listen in and his advice. He has a great 4×4 tour if you don’t have a vehicle to access the cape. 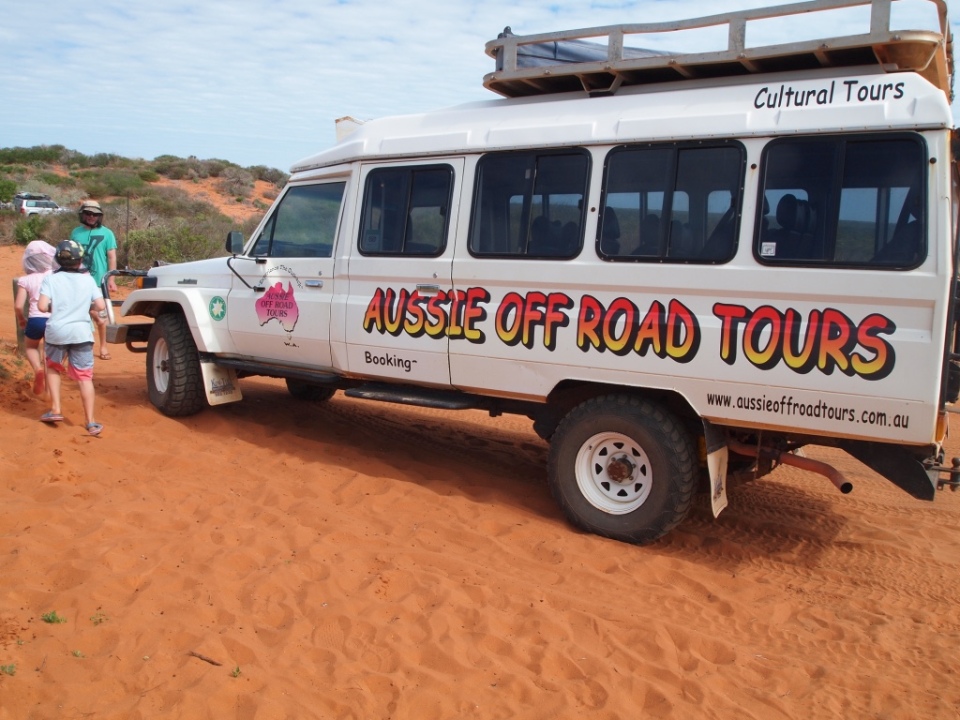 The camp that Cape suggested was South Gregories or Gregories. We tried both and got a spot at South Gregories on the coast with a low rocky ledge. We were having a swim and snorkel when a fish came racing up to us and scared us all out of the water…we later identified this as a blow fish and they can bite so luckily we had made a hastily retreat from the water. 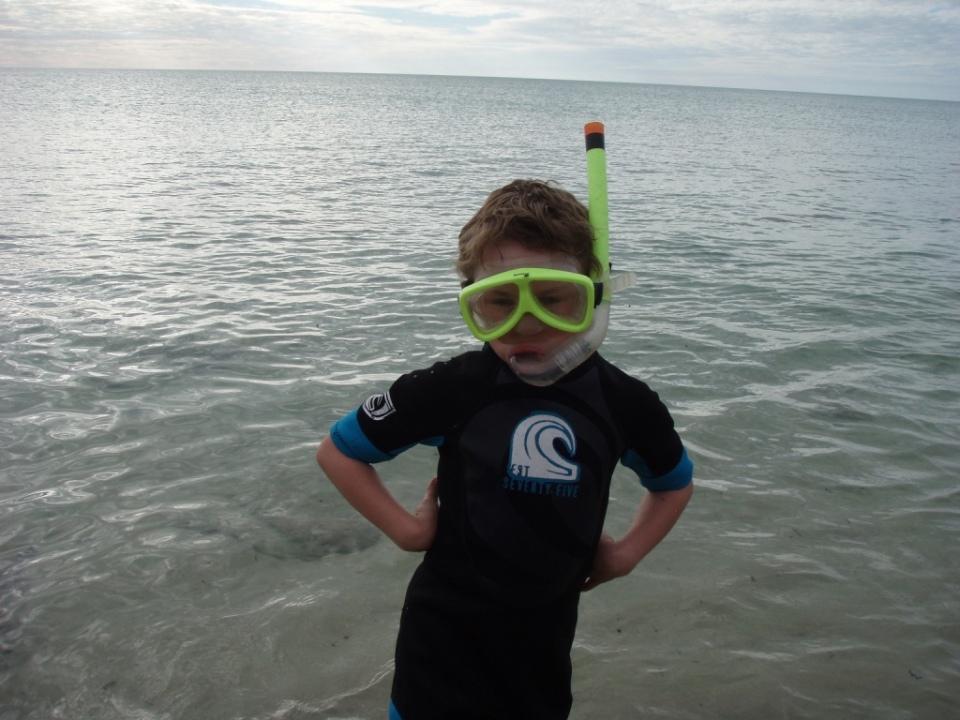 Aaron…I am ready to snorkel 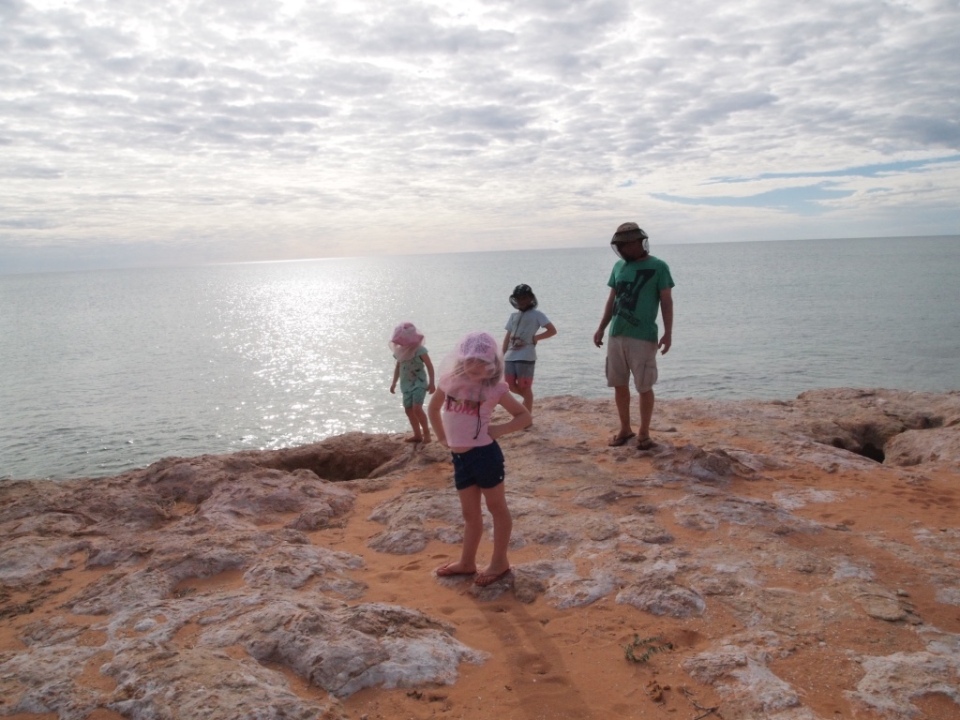 Who is this masked creature with Holly?

We ended up staying at South Gregories. We waited until the flies went to be before cooking.

German couple in a rental car bogged to axel.

Helping them let the tyres down. 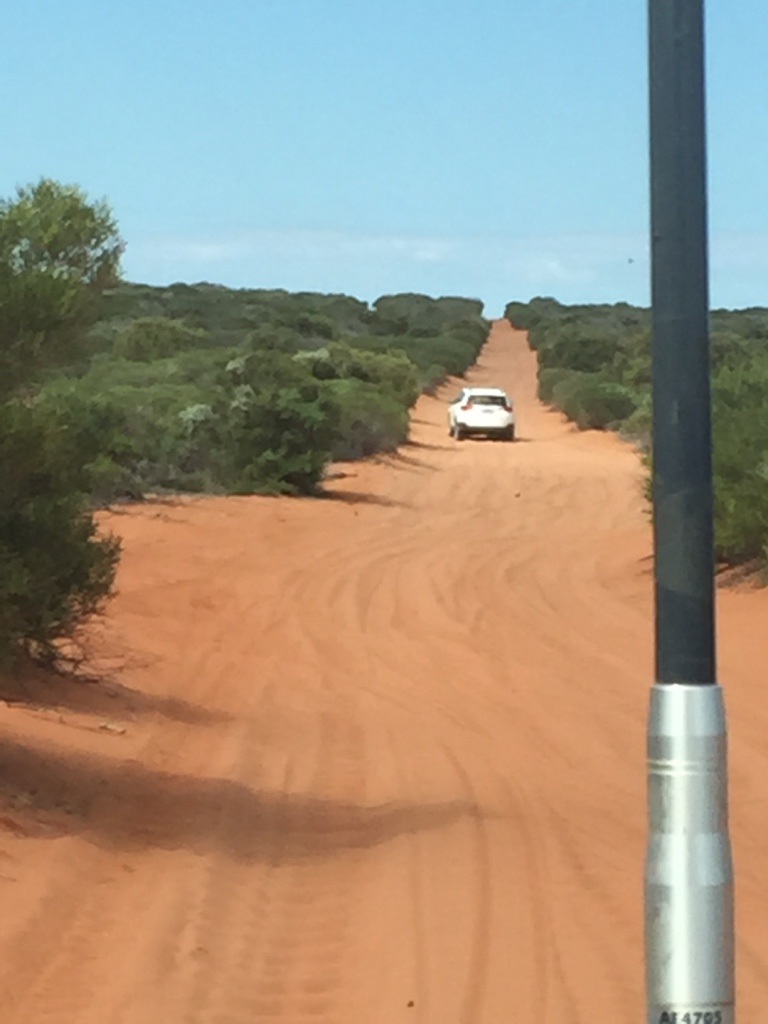 Michaela behind the wheel on the sandy tracks.

The Patrol in the sandy tracks

The warning sign – soft sandy tracks ahead – this was near where we saw the bogged vehicles.

← Monkey Mia and the Dolphins
Denham and Hamelin Pool →