The drive to silent Grove Camp ground in the King Leopold Ranges was very beautiful as we approached the mountain range. We arrived at Silent Grove Camp and our new friends came running up to greet us asking if we wanted to camp next to them which we did. We had a quick lunch and headed off to the gorge a 10km drive on a rough rocky track followed by a 20min walk to the top of the waterfall. 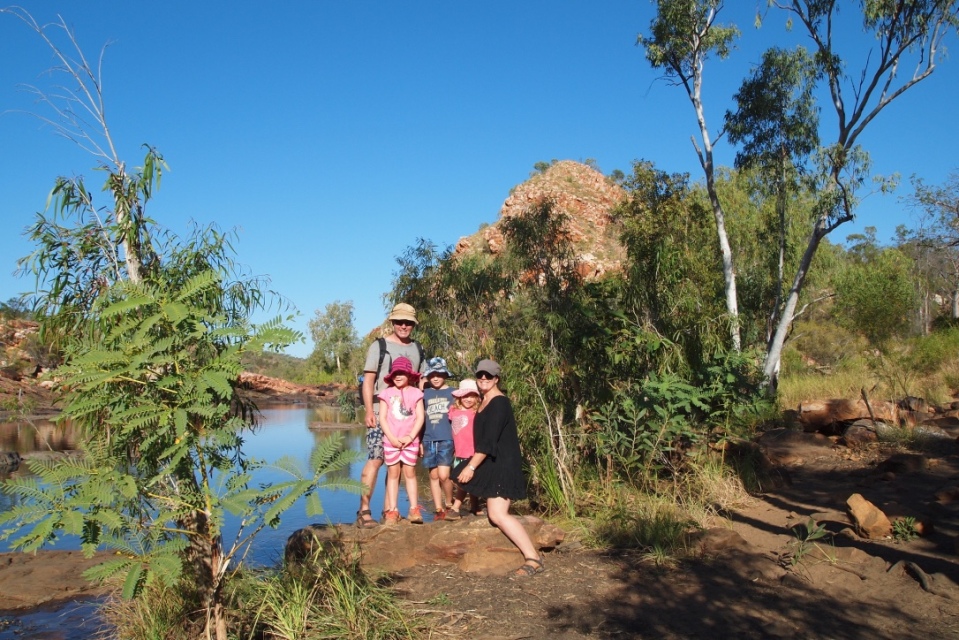 All of us at the top of Bell Gorge

View over the edge of the top of the waterfall

Bell Gorge was amazing there is a lagoon flowing into small pools the over a waterfall into a huge ampitheatre style gorge below with a deep pool below. At the top of the waterfall there was an amazing pool with water flowing over into the waterfall like an infinity pool. A young argentine traveller said to me “this is Gods Infinity pool” after I took a photo for him and I had to agree it was one of the most beautiful spots in Australia I have ever been. We had a great swim and then headed back to camp and we decided we might have to stay another night and visit Bell Gorge again the next day and walk to the bottom. 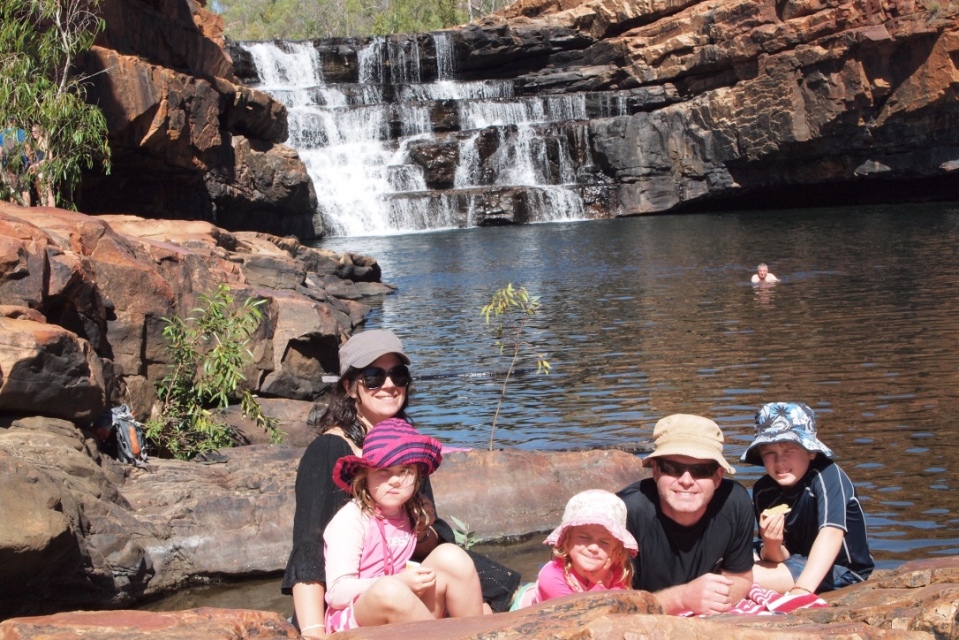 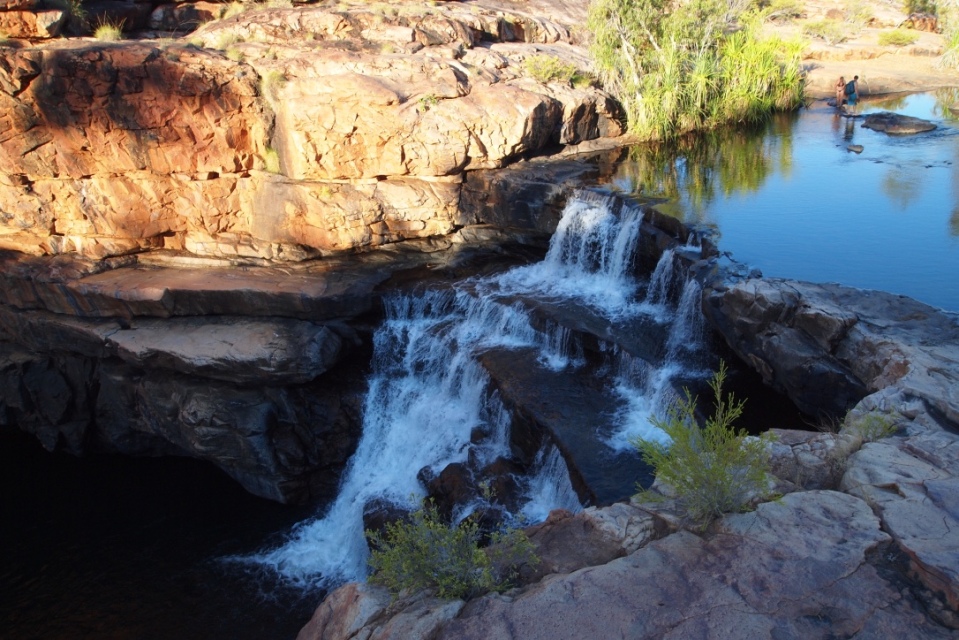 Afternoon view of the infinity pool

Back at camp we enjoyed another night in the company of the Young’s sharing good conversation and some amazing wine.

We have been astonished to find that a huge number of campers have a TV on board and when they set up camp a big flat screen TV is set up. We had a neighbouring camp with an out door flat screen playing The Cars movie and after 8 weeks of very little screen time our children and the Young children all gravitated to watching the outdoor TV. This gave the parents so resite for the evening. The next day the Young’s who were a day ahead of us and had already Swam in the lower pools of Bell Gorge moved on and we headed off early to the gorge with lunch packed and swim noodles under our arms. 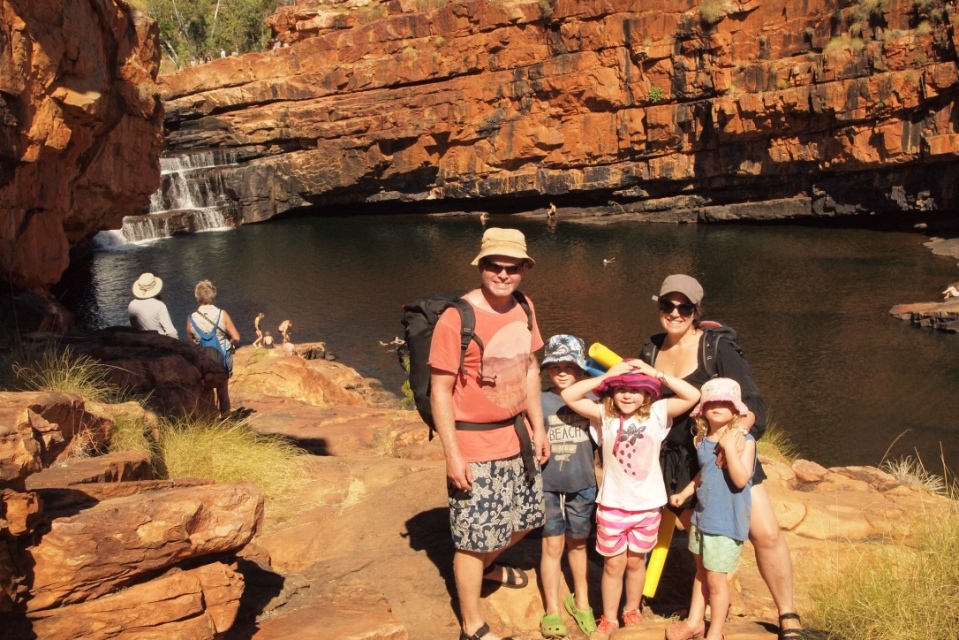 We had an amazing day at Bell Gorge…it is so beautiful and the water so refreshing and cool. We all swam over to the waterfall and under the fast flowing white water then explored around the gorge. There were lots of tourists but many came and went we stayed for lunch seeking some shade in the rocks we had lunch.

There were a number of younger travellers jumping from various high points around the gorge and Aaron really wanted to jump from a high point. We found one that was safe, all be it still 3metres high and easy to get to. To our surprise everyone in the family had a turn at jumping in and making a big splash. After the 45minute walk back to the car and the drive back to camp we were all ready for an early night.

About to take the plunge 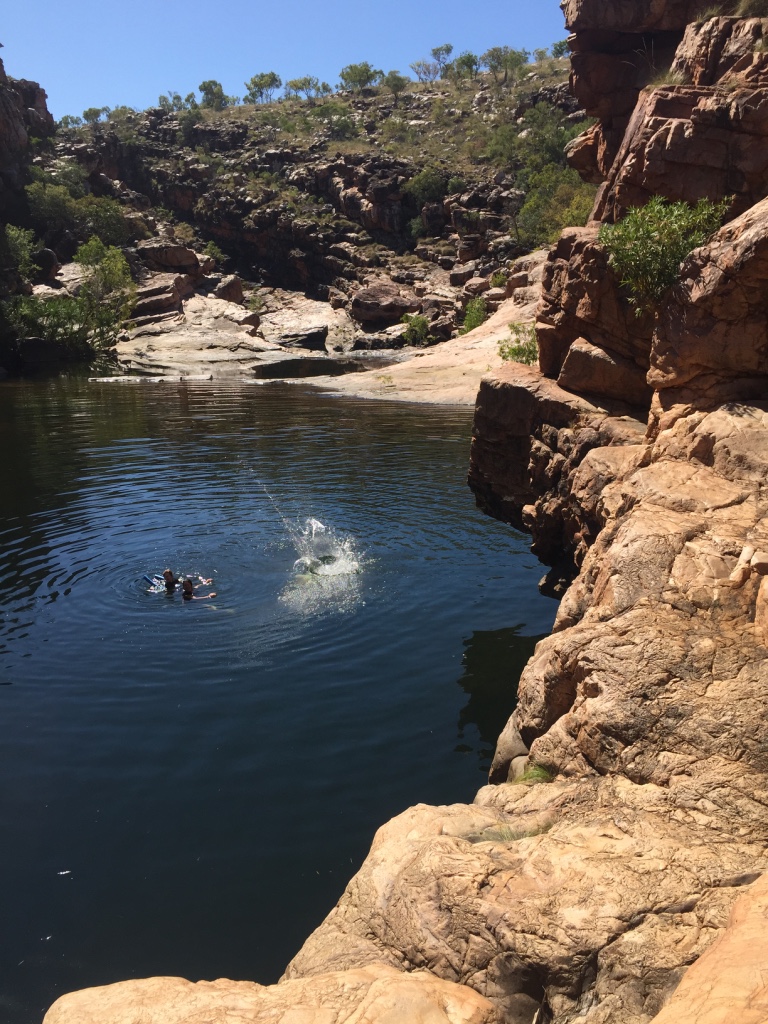 As we travelled further along the Gibb we heard more and more stories of vehicles with tyres shredded and or other bits breaking and the debate over tyre pressures and how fast one should drive continued.

Before we left Silent Grove the next day we did two hours of hand washing…a down side of life on the road in the outback. 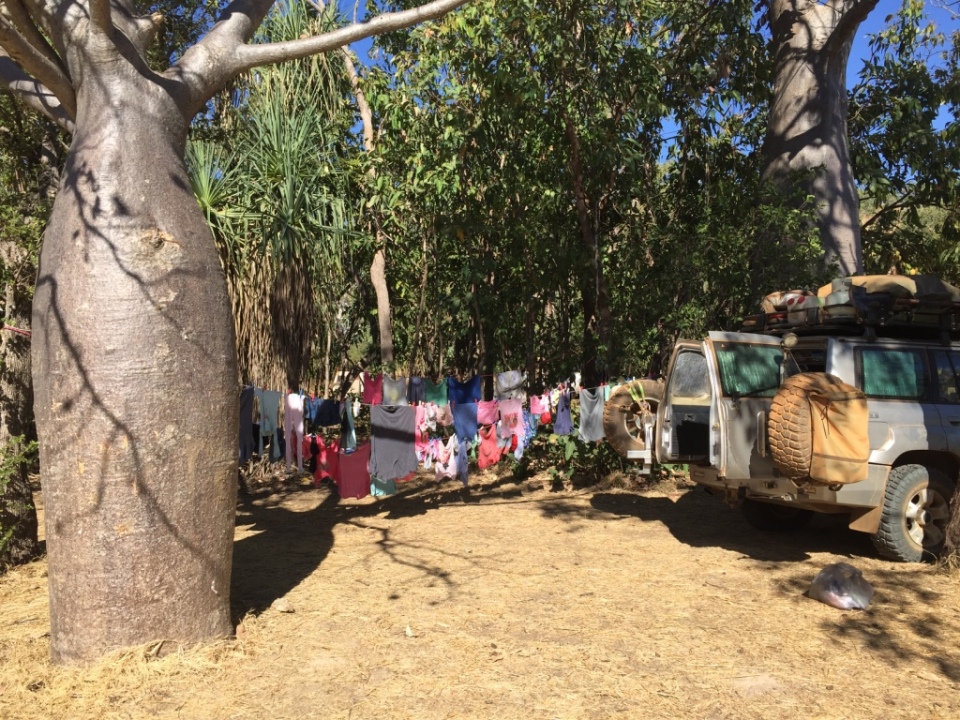