Carnarvon and the Cyclone

Due to the cyclone threat we headed back to Carnarvon to do some shopping and work out the next direction of our travels. Carnarvon is home to a large communication dish with a Museum so we took the opportunity to visit the Space Museum. Similar to the Parkes Dish but the Space Museum has a lot more interesting items about Space. (something that is hard to get on the road :)) 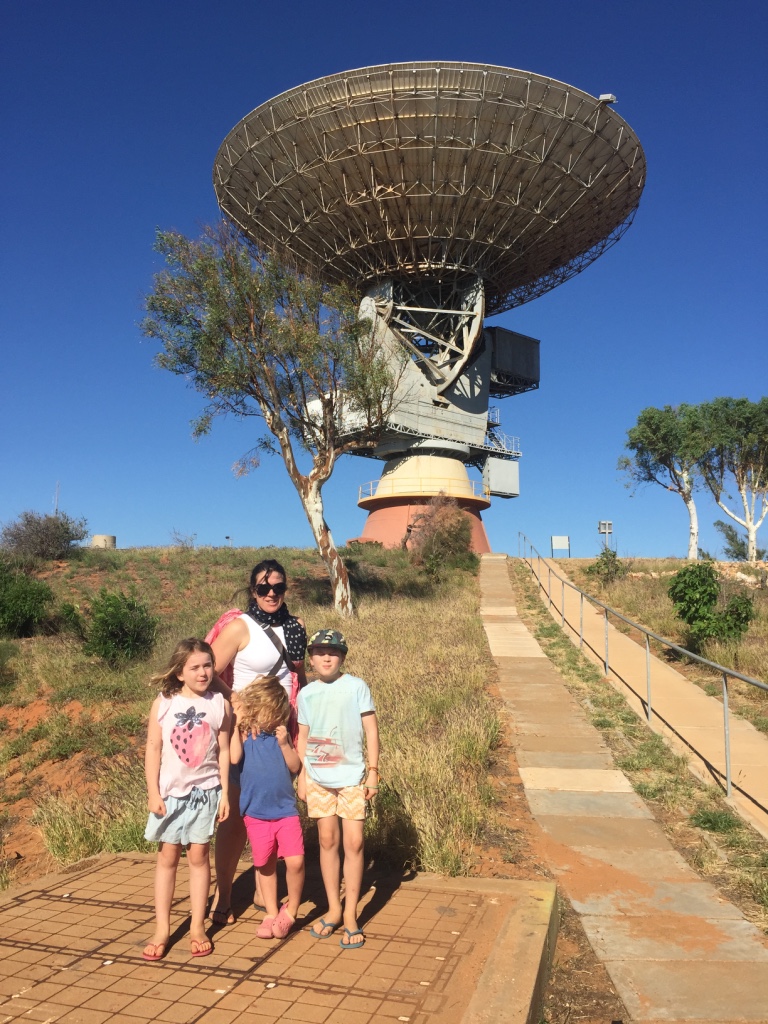 The dish was also used extensively before the age of space satellites to allow global communications transmitting information and messages including domestic international phone communications. The exhibition had a lot of items and information about space and old items from the 1960s, which the children enjoyed.

The Carnarvon Dish was used for the communications on 16 July 1969 when the US Space Ship Apollo XI went to the moon and they had an Apollo XI space ship simulator, which we all squeezed into and experienced take off.

I found these old tapes, which hold approximately the same amount of information as a 2GB USB device. How things have changed. 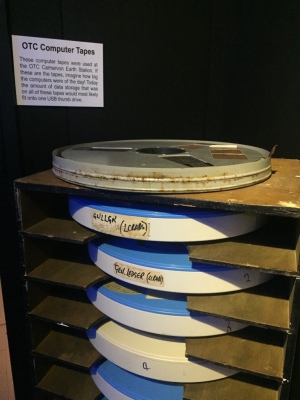 The most exciting thing for the day was definitely the Space Ice Cream – freeze dried ice cream!!

We wouldn’t recommend the space ice cream at $10 for 19grams of creamy tasting dry stuff that was a bit like eating cardboard.

We had originally planned to head out to Mt Augustas from here however there was a risk that forecast rain possibly causing road closures which could get us stranded at Mt Augustus. In addition the road to Karijini from Mt Augustus was closed due to rain in previous weeks. We decided to head up the coral coast.