We had a brief stop over for two nights at 80 Mile Beach and saw the amazing tidal changes which can be as much as a 10metre variance between the high tide and the low tide. The low tide on 80 Mile Beach goes out for nearly a kilometre. 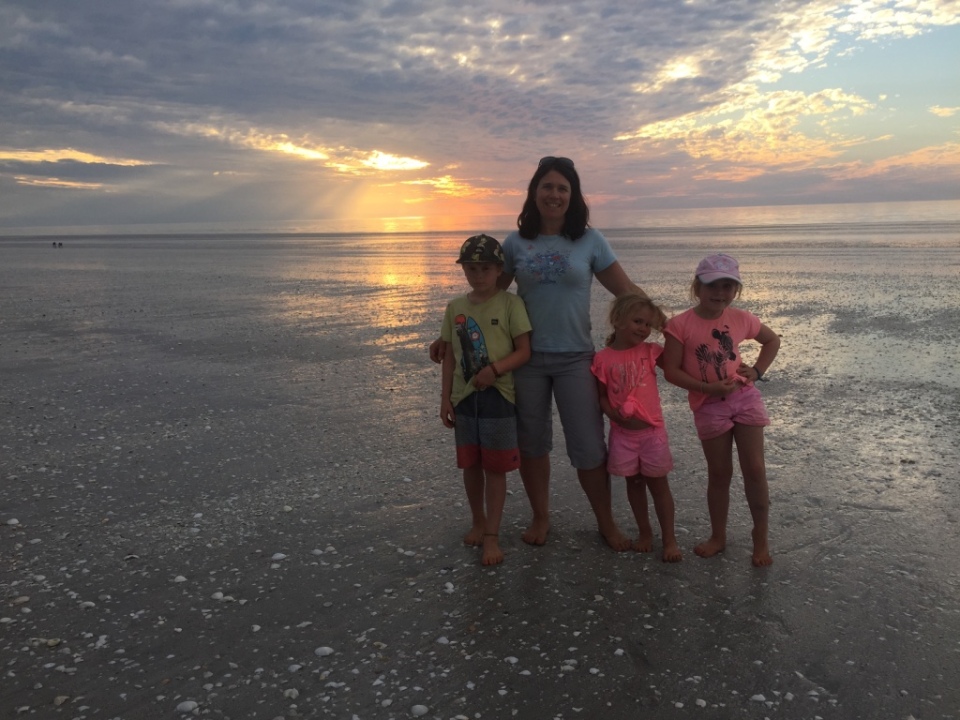 This extreme tidal movement meant the beach has sand and mud flats out for a huge distance at low light making it hard to see where land finishes and the sea starts. The tide comes in fairly quickly however at high tide the water was all murkey and not great for swimming. We were also told a large tiger shark had been visiting the beach over the last week so we decided not to swim. The beach is famous for fishing and the caravan park was full of fishing enthusiasts.

We enjoyed walking on the beach which had thousands of shells and lots of hermit crabs. It is a beautiful spot but unless you are a fishing enthusiast not a place to stay for too long.

We were certain that we might catch a salmon here (often they are caught right off the beach) but we only caught a small cat fish which we kissed for luck and threw back to the sea.

the catfish we caught and threw back 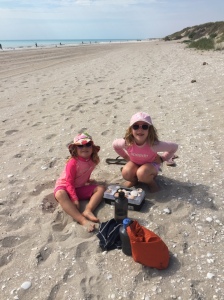 Girls collecting shells on the beach with friends

We did enjoy two amazing sunsets here at 80 mile beach and Bianca practised riding without training wheels – she is going really well now! 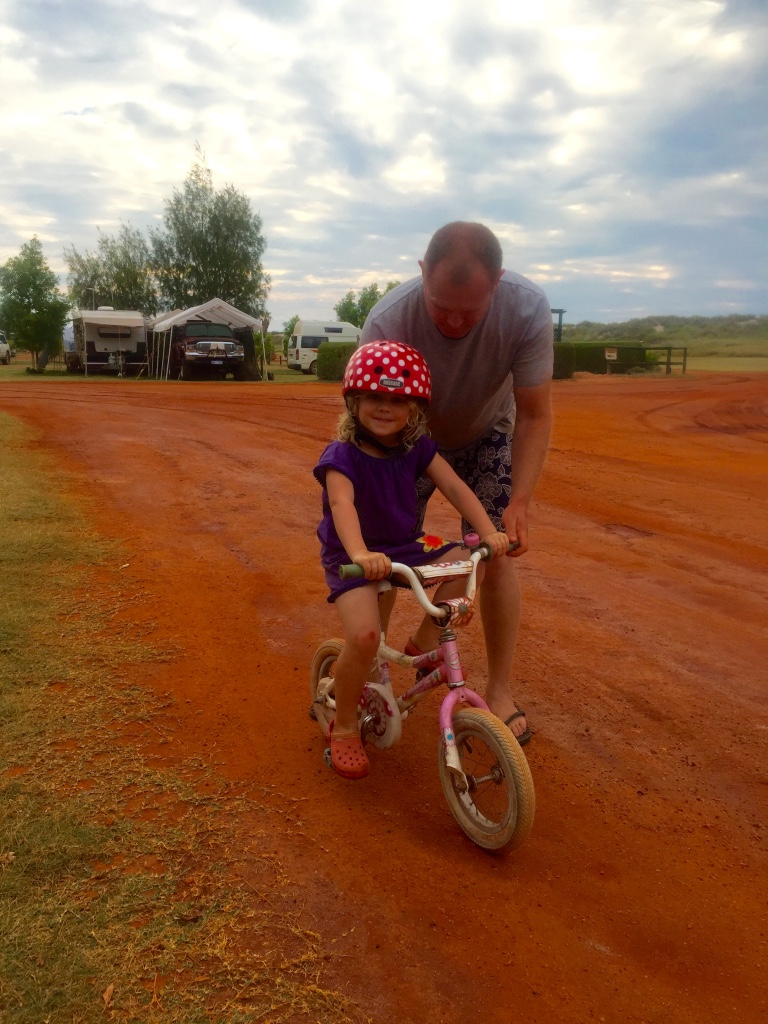 Then after two nights we headed off to Broome via Port Hedland. Port Hedland is another large port from which a large amount of the iron ore is loaded and shipped overseas. We drove down to the port and there were several ships leaving port and filling up. Each ship holds up to 260,000 tonnes and is 230 metres long and the ships are loaded 24 hours a day 7 days a week. We read that one month last year there was a record day when over 1.2million tonnes of iron ore departed from Port Hedland in a day. We stopped and had lunch viewing the ships loading and setting off through the narrow channel. It really is a huge business and fascinating to see the size and scale of the operations. Next stop Broome

Big Paper Planes (made of steel) in Port Hedland 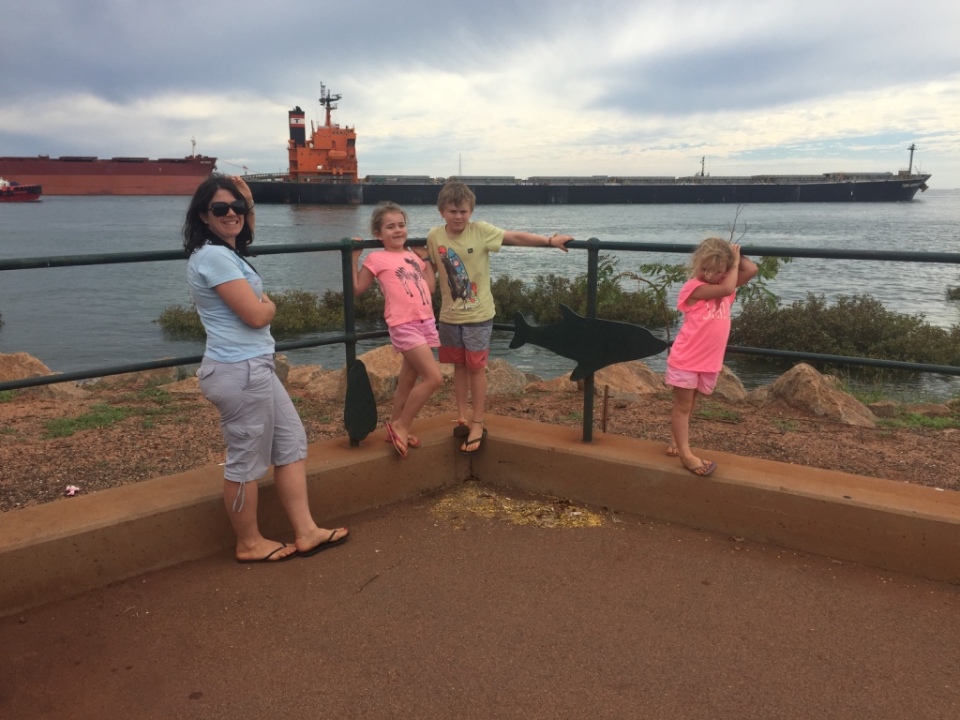