Whilst staying at Point Sampson we visited the deserted historical town of Cossack. At one point in the late 1890s this was a booming pearling harbor and has a number of historic buildings evidencing the boom town that was once here but was later abandoned for Broome which had a more accessible port for the larger ships.

There was a grand old customs house building, a court house and we were very excited to see our first boab tree.

The old school house was interesting and the information said that in 1898 the school mistress camped in a tent at the back of the school house building which Aaron and Holly thought was pretty cool. 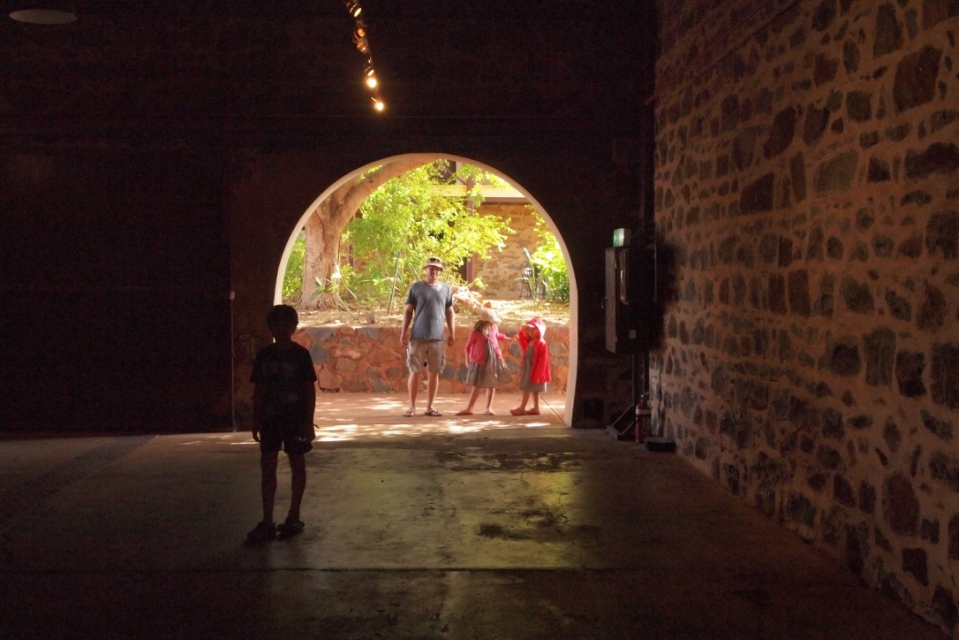 Inside the old store 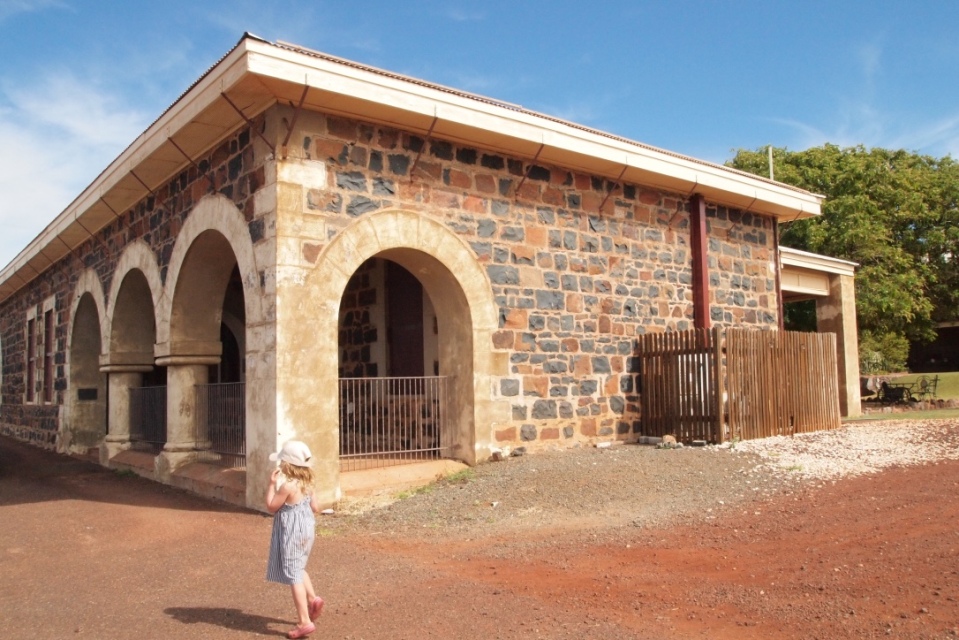 The old Buildings around Cossack 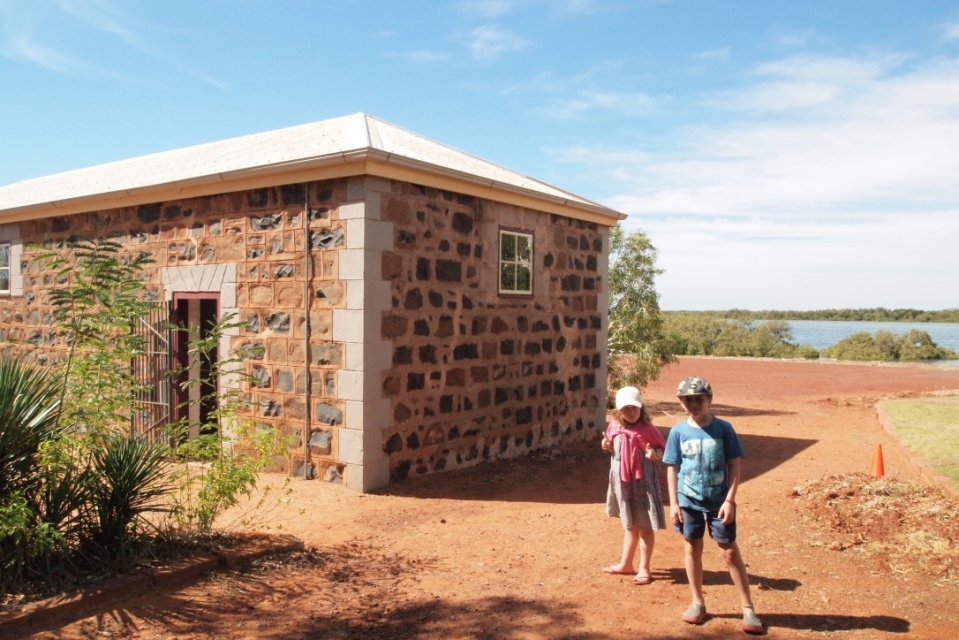 The town was officially abandoned in 1910 as the development of Broome Port continued. Shockingly we learned from information at the museum and we found out the old customs house was used in the 1960s as a turtle soup factory…obviously before the protection of Turtles in the area.