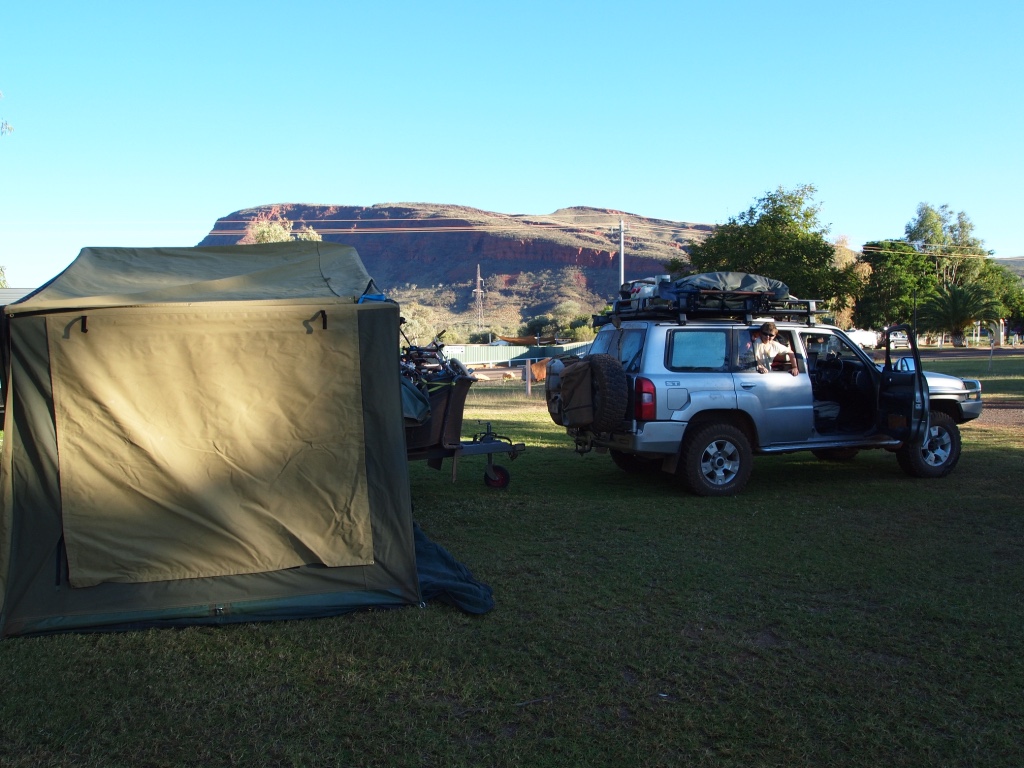 We had a big day driving after packing camp at Cape Range we restocked the food at Exmouth and headed for the Pilbara. On the way out we visited the Exmouth Light House which has amazing views. 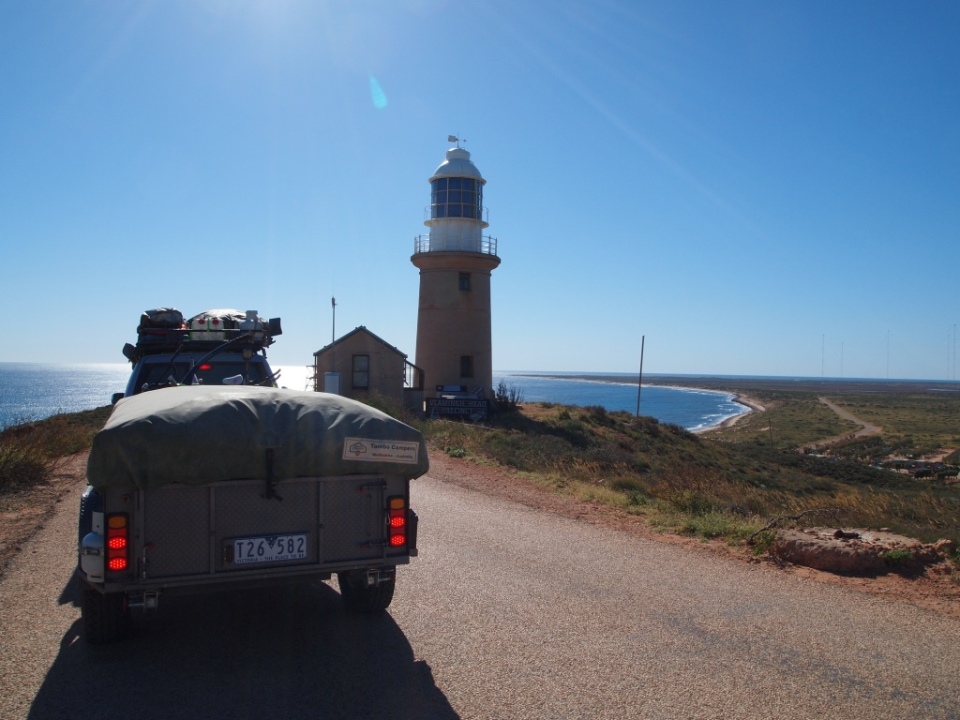 The road out of Exmouth changed quickly from lovely flat plains covered with spinefex and dotted with large termite mounds to big mountain ranges across the horizon. The views were getting us very excited about the next part of our travels.

Mountains coming into view on the road 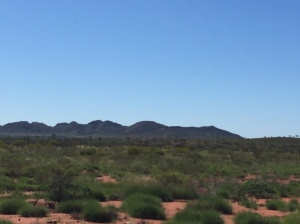 We took the left hand unsealed road into Tom Price missing Paraburdoo. When we arrived at Tom Price and had to drive around this bit truck which lost its trailer. 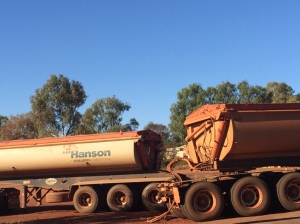 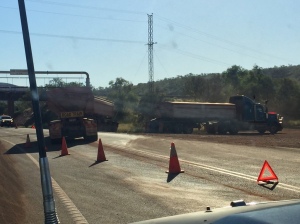 We visited the information centre Andrew wanted to know about getting a permit to travel along the Tom Price Railway Road a patch of dirt road owned by Rio Tinto. Whilst in town we did get Fresh Fish from the ‘Pilbara Fish Truck’ which travels around. 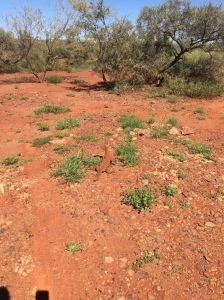 Lizard we found on the lunch stop – he had lost his tail. 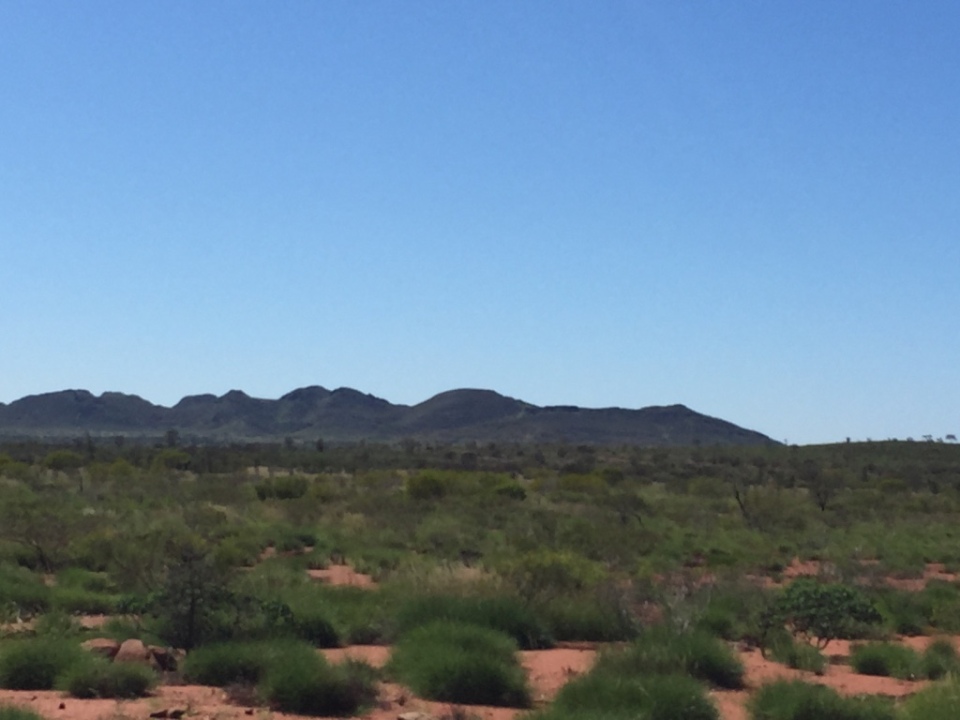 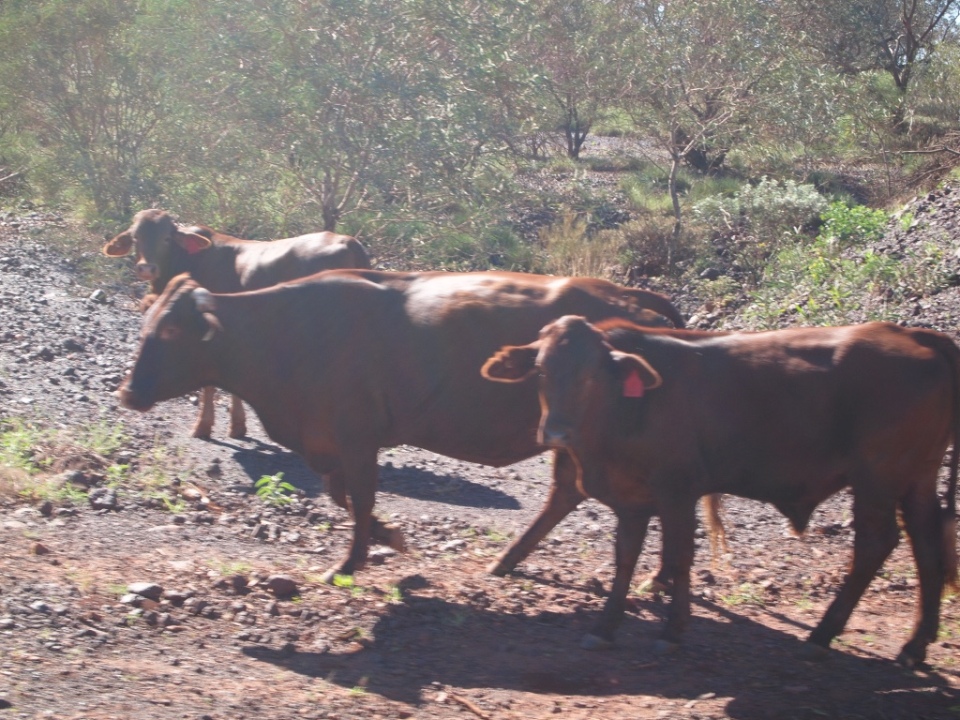 Cows cross our path on the road to Tom Price

Cow on the road ahead.

After we parked the trailer at the only caravan park in town, which was pricey but had good and clean facilities, we headed up Mount Nameless, 1128m above sea level one of the highest in WA only 3k from Tom Price and the highest mount in WA accessable by vehicle via 4×4 only track. Mt Nameless which actually has an aboriginal name of Jarndrunmunhna meaning place of wallabies. 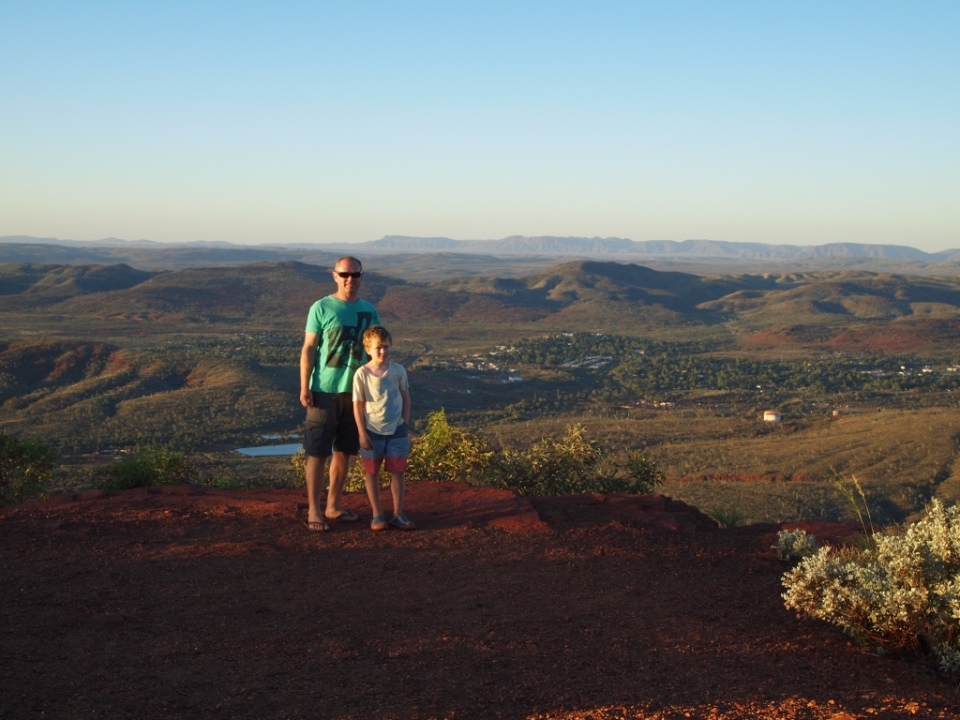 Views down into the mining operations at Tom Price

Views from the top of

Sunset from the top of Mt Jarndrunmunhna

The track gave Andrew another chance to use his new low range gears (money well spent he says J ) we were warned the track is ‘Very Rough’ the track was rocky and steep but overall it was not too bad. The views from the top were awesome looking down over Tom Price and the Mine Site. The open cut iron ore mine is huge and from here it was clear that it is a huge operation. We could see the big haul trucks and lots of trains being loaded with ore. The views over the Hamersely Ranges were quite beautiful and well worth the drive.

Whilst the Mountain has two names the original indigenous name and the Mt Nameless on the way down crawling with the new gears we thought of a name for Mt Nameless….Holly – Mt Red Rock, Aaron – Mt McIntosh and Bianca – Steep Mountain. When we got to Karijini there is a quote from a local Aboriginal saying I don’t know why they named Mt Jarndrunmunhna Mt Nameless when it already had a name but they didn’t ask us – this is a bit sad.

The next day Andrew had to watch his safety video to be able to get the permit for the Rio Tinto owned road we headed into town to visit the library but regrettably it was closed on Wednesdays and the kids were disappointed. Smiles all around after the purchase of some ‘Red Dog’ souvenirs – and we bought the book to read – this is the story of a dog that lived in and around the Pilbara in the 1970s. Pocket money well spent. 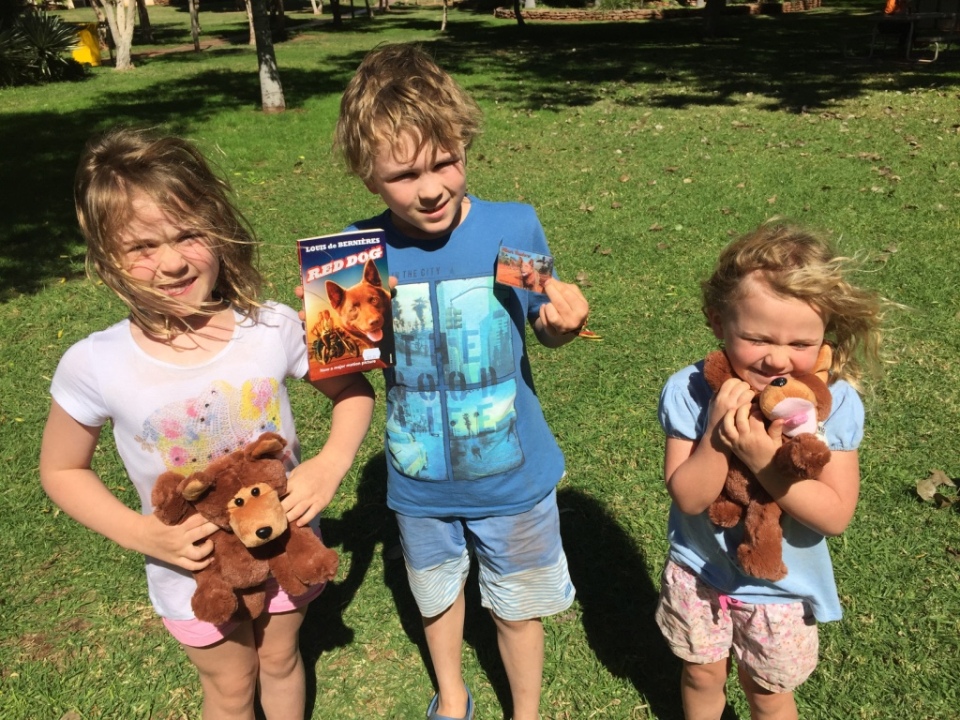