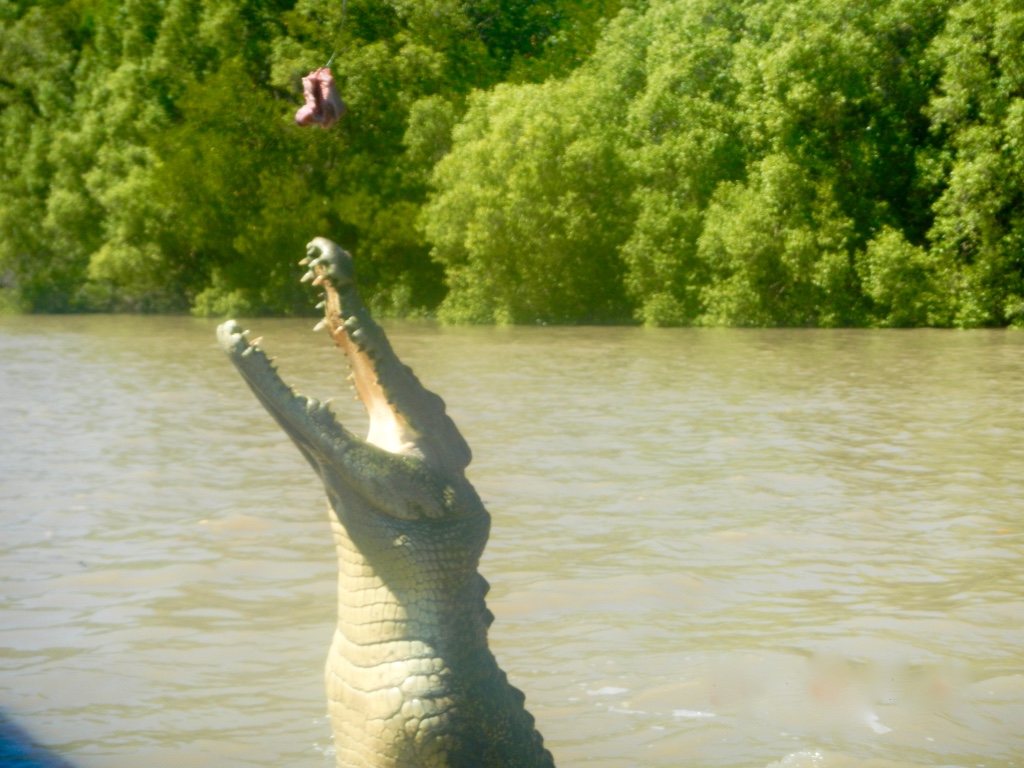 We packed camp and took the trailer to get new tyres on the way out of Darwin just to be sure they were safe for the trip home. After the tyres we headed up the road past Humpty Doo a small town outside Darwin….famous for the large Humpty Dumpty…which we thought was hilarious!

Around the corner we found the BIG Crocodile…as we were driving to visit Fogg Dam and The Crocodile Jumping Cruise on the Adelaide River.

Initially against the idea of feeding wild crocodiles….feeding wild animals is not really appropriate especially dangerous  wild animals…but we had some friends tell us it was a ‘must see’ tourist attraction (thanks Jeremy) and it was quite amazing to get up close and personal with some small and some not so small ‘Salties’ or Estuarine Crocodiles. We arrived and we were ushered down a small platform to sit on a fairly small boat as there was a crocodile right near the pontoon. 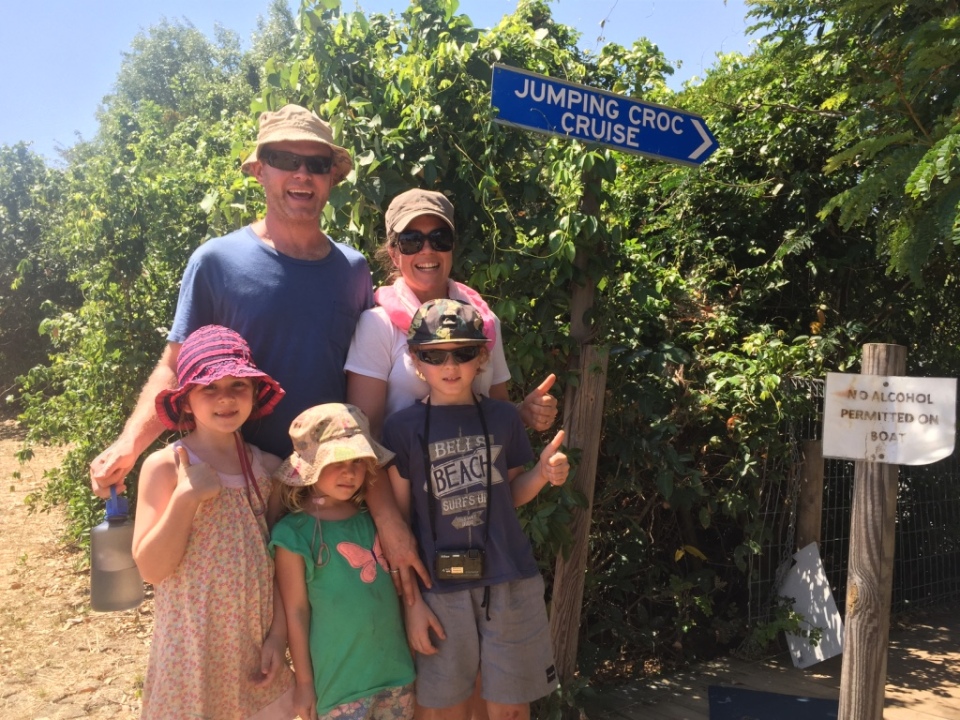 The tour guide reminded us to keep arms in the boat…but were we all certain to do that after we saw the crocs jumping up to grab the meat on the end of a stick…they were jumping vertically 2/3 of their body length…amazing and scary and really fast. As we travelled down the river crocodiles came out and approached the boat – looking for the feed. These tour operators have been doing this for 30 years but somehow I think the government will stop their tourism licence soon. 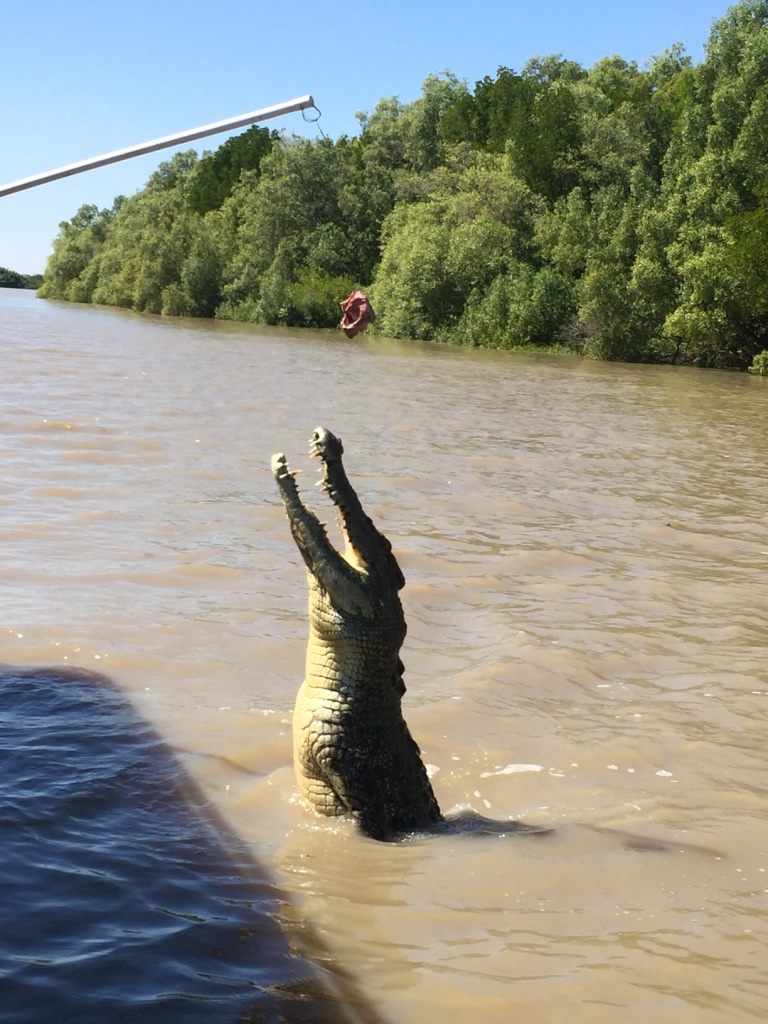 The largest Croc we saw was called ‘Brutas’ he is estimated at 5.8m and weighing over a tonne and approximately 80years old. As he grabbed for his piece of buffalo he hit the boat and it moved.so he was pretty big alright. I doubt anyone would be safe on this river even in a boat. We felt safe but I was happy to be back on land. It was another timely reminder about being ‘croc wise’ and staying away from waters edge anywhere there might be a risk.

This is Brutas coming for his piece of flesh buffalo meat!

A crocodile on the bank of the river

After the excitement of the crocodile jumping we drove out to the nearby Fogg Dam lagoon water reserve which had a number of birds and beautiful water lilies. The road in along the dam had signs saying do not stop or exit vehicle near water due to crocodiles!

We had lunch and enjoyed the view before driving on to Kakadu.